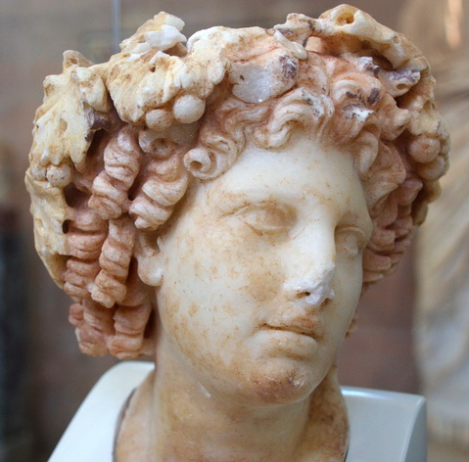 10 Sep How close are we to Dionysos?

Dionysos  (Museum of Corinth), is the god of wine, the inspirer of ritual madness and ecstasy, and a major figure of Greek mythology, and one of the twelve Olympians, among whom Greek mythology treated Dionysus as a late arrival.

He was also known as Bacchus and the frenzy he induces, bakkheia. He is the patron deity of agriculture and the theatre. He was also known as the Liberator (Eleutherios), freeing one from one’s normal self, by madness, ecstasy, or wine. The divine mission of Dionysus was to mingle the music of the aulos and to bring an end to care and worry. Scholars have discussed Dionysus’ relationship to the “cult of the souls” and his ability to preside over communication between the living and the dead.

Wine, offers its “delectable” world to a plethora of consumers, connoisseurs and the uninitiated alike. For its production, human knowledge and expertise combined with the different grapevine varieties harmoniously collaborate with climate, soil, and the topographical characteristics of each area.

Greek wines, overshadowed by the renowned wines of France and the rest of Europe, are just now being discovered and appreciated by connoisseurs – and the rest of us! The land that revered gods of wine such as Dionysus and Bacchus is keeping the tradition of winemaking alive.

Our purpose, here at the Greek Wine Experience, is to perform as many tastings & Greek wine tourism, as possible to promote the Greek indigenus wines, coming closer to what Dionysos is representing in Greek mythology!
Cheers!